St George’s Church has an unusual history. Toward the beginning of the 1800s, the Hamlet of Bourton was industrial, involved in the growing and processing of Flax, with a population of around 1000 at that time. At a dinner to Commemorate the Golden jubilee of King George III, on 25th October 1809, it was decided to build a Chapel for the population of Bourton, in Dorset.

A Committee of twelve men were appointed to erect the chapel desired in the form above, and money was raised by public subscription. The land was bought for the village by John Jeans the Publican of the Red Lion for a sum of £5, held in trust for the villagers. On April 23rd 1810, St George’s Day, the foundation stone was laid . Two years later the Chapel was built and was open for divine service, finally being consecrated in August 1813.

The Original Committee of Visionary Trustees

The interior of St George’s holds memorials to the latter two Trustees and sadly Nathaiel Standerwick died in June 1813 before the chapel was consecrated August 1813.

Initially the Church was run as a Chapel of Ease, to the Parish of Gillingham. It later became a parish in its own right. A substantial extension took place in 1837, it gained a large new room to the south and a little tower at the west end. In the 1870s, George Glover became the incumbent and found a building in a sorry state of repair and a village without a School or Vicarage. He appealed to the Church Commissioners and raised funds to improve the Church, to build a school and a Vicarage. His ‘improvements’ followed the fashion of the day, turning the church into a more acceptable ‘Gothic –like’ structure with arched windows, a high roof and an octagonal chancel designed by an architect of national importance, Ewan Christian (1814-95). The tower at that time only reached roof level. It was during the incumbency of the Rev J.C. Sparrow that the church was finally completed, in 1905, with the addition of a handsome pinnacled tower, designed by C. E. Ponting with a set of six bells.

The Committee that caused a chapel to be built in Bourton still lives on today. The Bourton Trustees continue to be one of the Patrons of the Parish of Upper Stour. Since being built in 1813, the Chapel of Bourton Hamlet became a parish church in it’s own right, it then became part of a joint benefice with Silton Parish, and then became one of the founding churches of the Parish of Upper Stour. Therefore, since 1813 the role of the trustees has changed vastly since the 1813 Deed and Indenture. 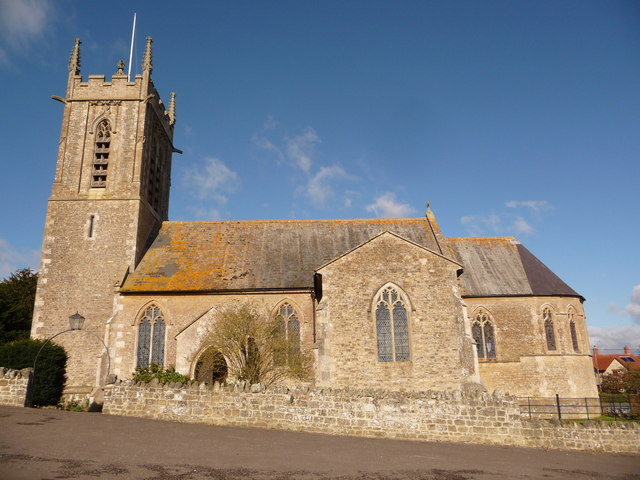 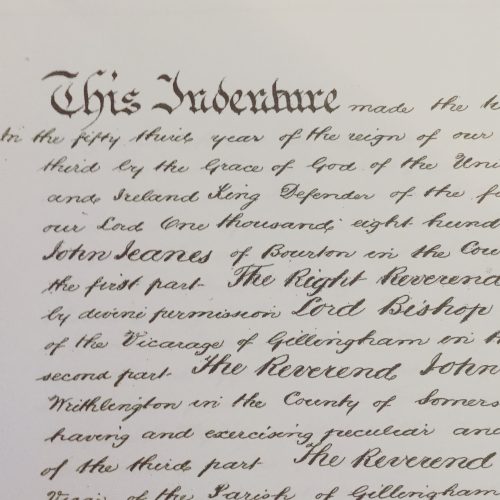 The Deed and Indenture of 1813